my origins in code

May 08, 2020
Most real geeks will scoff at you if you have HTML or CSS listed under programming languages on your résumé. Learn a real programming language, you simp. In all fairness, they're correct; HTML is really a markup language (along with things like XML and LaTeX). CSS is a "style sheet language", basically meaning that it is used to style and perfect the look of your HTML documents. I will have more on this distinction in later posts on this website. 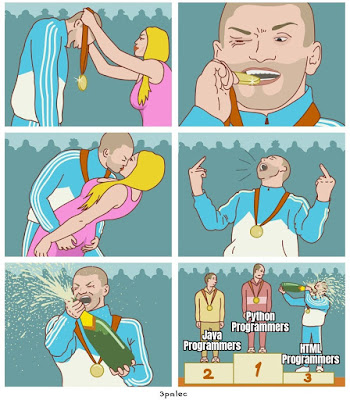 Starting Out With HTML

For me, HTML was the first thing I had ever worked with that looked like code. Keep in mind, I never wrote a line of Java until my sophomore year of college. It didn't matter if I was actually writing actual computer instructions or algorithms with my HTML; I had no notion of what these things actually were. What mattered is that working with HTML made me feel like some sort of elite hacker 👨‍💻, or like I had transcended onto a higher plane of the internet 😇.

The first time I ever started using HTML was to add cool images and widgets to my MySpace page (circa 2007). There were websites that had lists of tacky gadgets, and you would just copy that code on to your page. So I would spend an hour tricking out my page with songs that I liked and cartoons that I enjoyed watching, and immediately send my 5th grade teacher a friend request.

Around the time I started high school, people I knew were building websites. I am a child of the age of the internet; as I grew, so did the web (I guess that's true for anyone in the last, like, 30 years). Friends of mine were building blogs and online communities (discussion forums and other sorts of pages) surrounding hobbies and activities that I enjoyed. This led me to start building websites of my own, and the beginnings of that were building blogs on WordPress or Blogger. 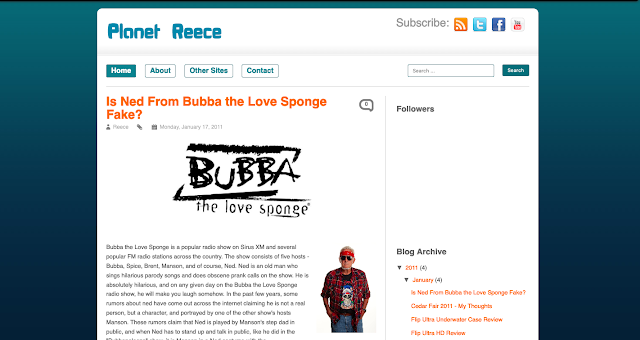 I used the wayback machine to find this blog I published in 2011 (I would've been 13 years old at the time of publishing). What I did is I took a pre-made blogger template that I found somewhere on the internet, and completely tricked it out. I did this many times for many different websites. Change the fonts, links, colors, styles, and locations of everything on the page. I'd continue tweaking it over weeks and months to get it exactly the way I wanted. Eventually, I would just end up deleting it and starting over, so no blog I ever made had more than a few posts.

Years later when I was a senior in high school (2014/2015), I was in an engineering specialty center. I wanted to be a mechanical or civil engineer. Senior year was rough, so I didn't actually end up getting the "seal" for finishing the program. The director of the program at the time took me on as a teacher's aide, and asked me if I would be interested in working on the website for the program. I said I would, and when I pulled it up, it was the worst looking website I had ever seen. Nobody there knew how to make a webpage, so I decided to build a new one from the ground up. 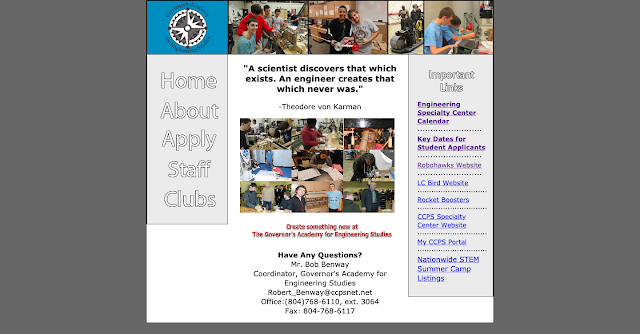 This was the website I had rolling after a month or so. Just a straight up, static, front-end only web page that was created solely with HTML and CSS. I used Adobe Dreamweaver to set up the basic layout, and did a lot of the formatting myself in the code.

Each day for that aide position, I would come in to the office and there would usually be a mound of papers for me to shred or file; after that, they would turn me loose to work on this website. I barely worked on it. Most of the time I spent in that office was procrastinating on homework by playing flash games and browsing the internet. Even so, people there were impressed by the website. A particularly difficult and stern teacher in that program told me right before graduation that I needed to do "Computers". Just "Computers". That was it.

This website is still used by that program as their official website. Exactly the same as the day I left. The only thing they changed is they updated the photos on the staff page for new teachers that have been hired since I left. It is still filled with embarrassing photos of my friends and I from sophomore and junior year of high school, and it continues to live on the internet as one of the first websites I ever built.

After starting in CS, I was never interested in being a web developer. I never found it interesting or compelling enough to be the direction I wanted to take my career in. A project I worked on last summer had me working with JavaScript, database tables, stored procedures, data persistence, browser cookies, networking, and a bunch of other web development tech. It was a true full-stack web application, and it helped me realize that web development is not about making those pretty word documents I was building in middle and high school. Web development is real, actual computer science.

So, this independent study will be like a rite of passage for me. It was building web pages that initially peaked my interest in learning how to program. People around me encouraged me to pursue CS after seeing web pages that I built. Even though I've been exposed to most of the topics I will cover in this class, I still have a lot to learn. There's something very satisfying about bringing my web development skills full circle as the last class I will ever take as a college undergraduate.
Independent Study Web Development

Popular posts from this blog

the moral machine - a walkthrough 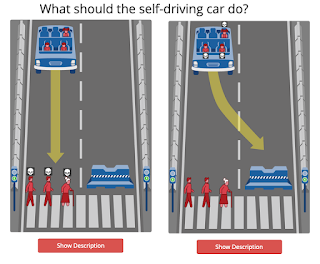 This summer, I am working on a project that will be used as a educational tool for computing ethics. Exciting stuff. It actually is pretty sweet, and I'll detail that project in a later post.

Educational tools for computing ethics already exist; MIT made one called "The Moral Machine". They describe it as "a platform for gathering a human perspective on moral decisions made by machine intelligence, such as self driving cars." So, this tool is not only educating you on the decisions self driving cars may be expected to make, but also collecting your data as research in the process. In this post, I'm gonna judge scenarios in the moral machine and walk through my decision process.

If you have not completed MIT's Moral Machine yourself, please do so before reading the rest of this post. You can judge moral dilemmas here.

In each of the following scenarios, we will view a self driving car that is careening towards a cross walk and has suffered from a sudden b…
Read more

What is Web Development? Important Points and Takeaways 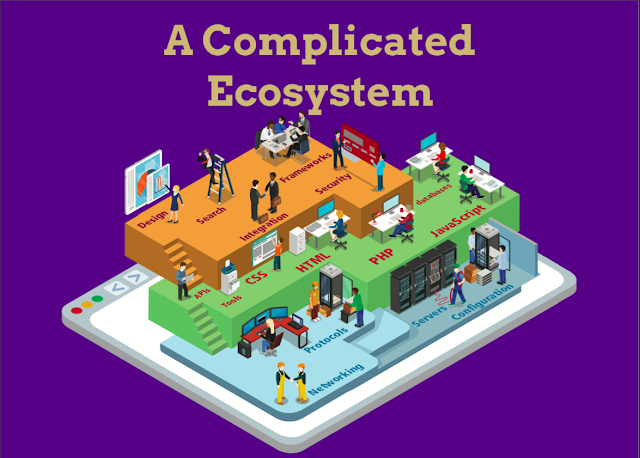 Disclaimer The following is a reflection on my reading from Chapter 1 of Fundamentals of Web Development (2nd Edition) by Randy Connolly and Ricardo Hoar. All credit for illustrations and "Key Point" bullet points go to the authors of this book. Bullet points labeled "Takeaway" are my own thoughts and are in my own words. This post is serves as a commentary and reflection on the chapter, not as a summary or a publishing of the contents of the book. It is meant to help other JMU CS students by highlighting what I thought was important so that they can reflect after they read the chapter themselves.

DisclaimerFair use is a legal doctrine that promotes freedom of expression by permitting the unlicensed use of copyright-protected works in certain circumstances. Section 107 of the Copyright Act provides the statutory framework for determining whether something is a fair use and identifies certain types of uses—such as criticism, comment, news reporting, teaching, sc…
Read more 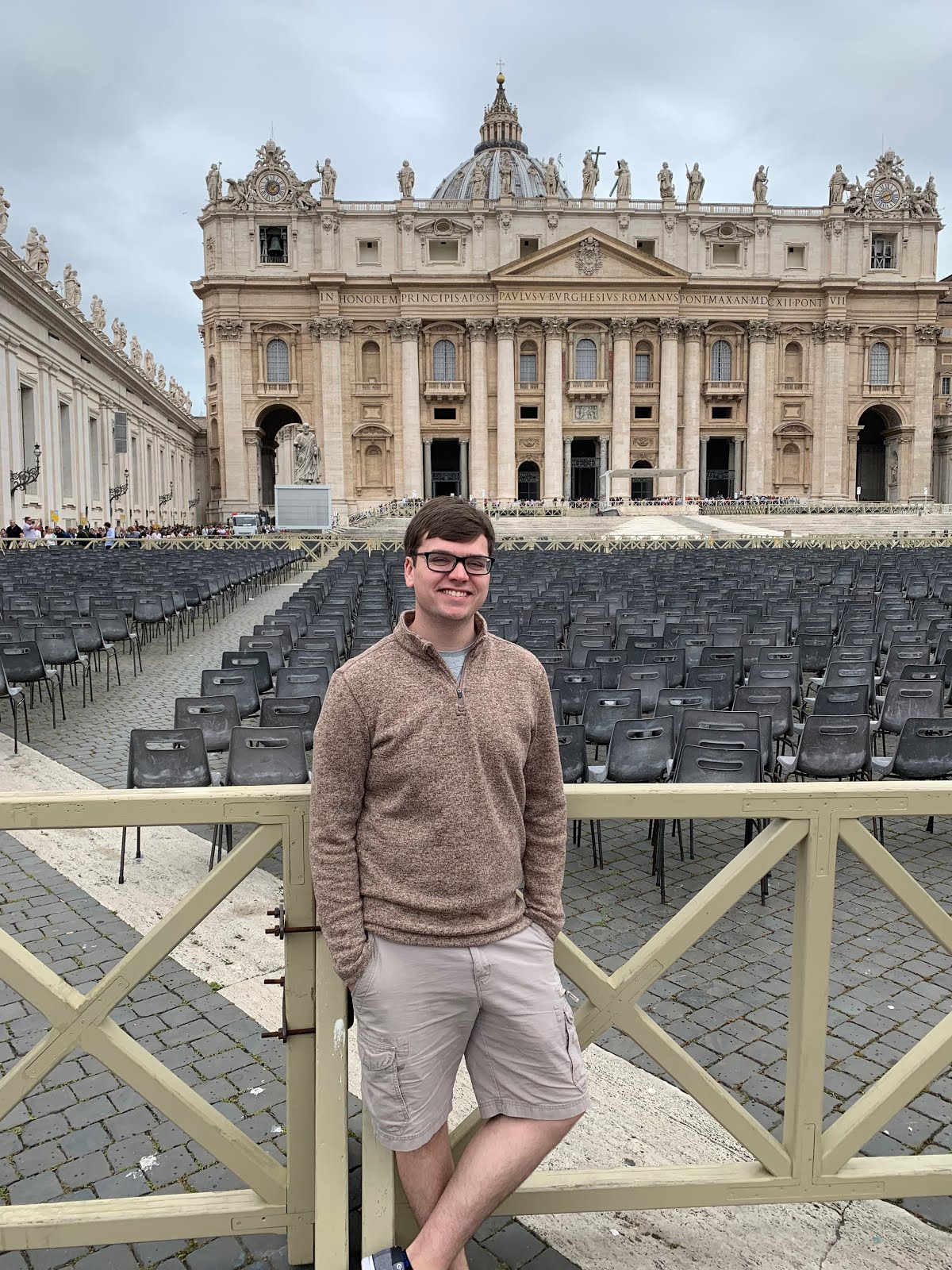 My name is Reece Adkins, and I have (almost) obtained a bachelors degree in Computer Science from James Madison University. I will be using this website to document an independent study I will be doing on full stack web development this summer.